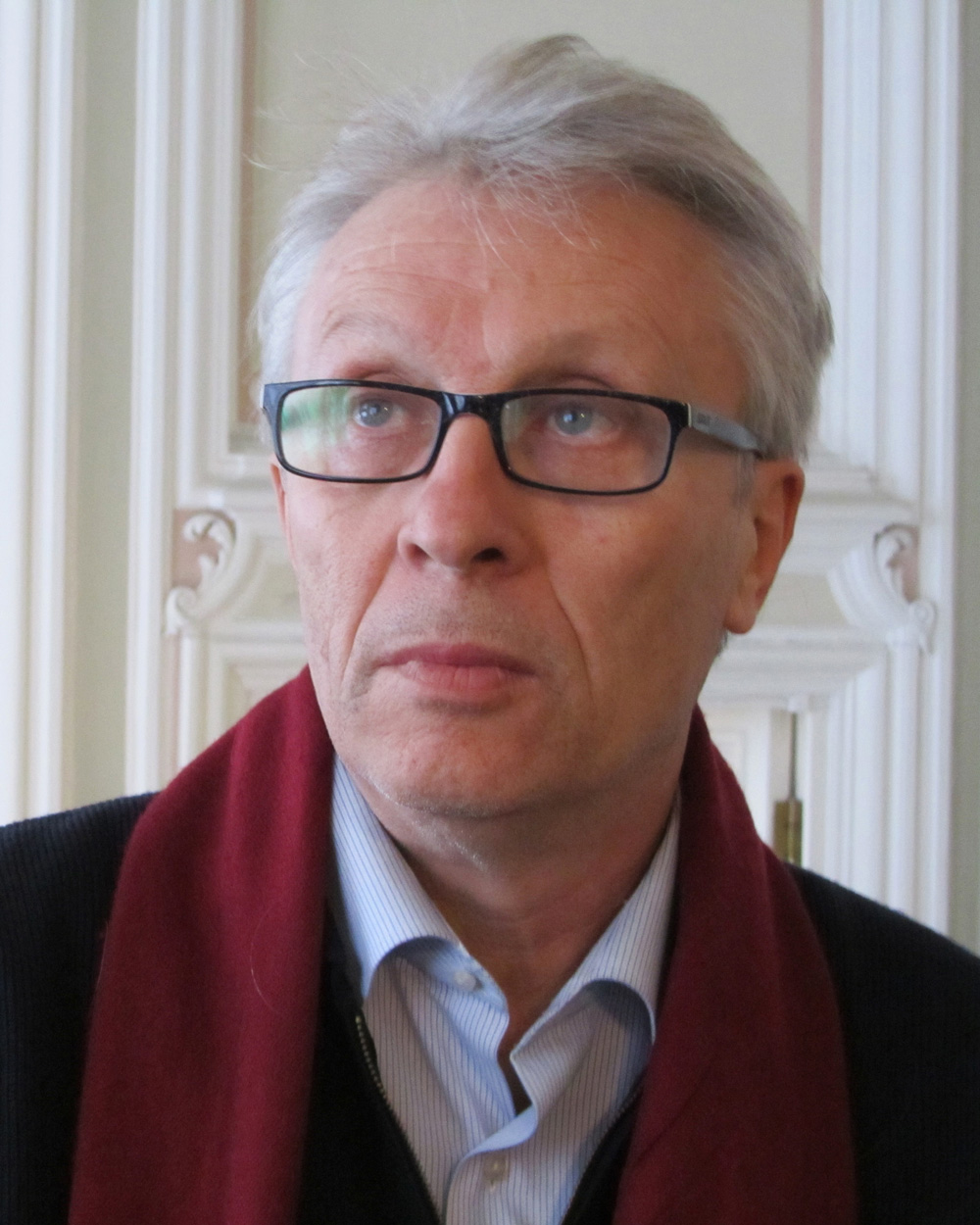 Svetislav Božić (born on May 22nd, 1954, a composer, music theorist and pedagogue) is a full professor at the Faculty of Music, University of Belgrade and a member of the Serbian Academy of Sciences and Arts.

The opus of Svetislav Božić includes about 300 compositions of various genres, starting from solo, chamber, choral, orchestral to vocal-instrumental pieces.

He is the author of 14 books in the area of music theory.

In addition to his pedagogical activities at the home Faculty of Music in Belgrade, Svetislav Božić has also given some lectures abroad:
• The master class about the Rachmaninoff and alike music corpus at the Tchaikovsky State Conservatory in Moscow (Russia) for the students at the composition department,
• Master class for the art students at the Institute of Art of the State Conservatory in the city of Vladimir (Russia),
• Lecture at the Banja Luka Biennale – at the International Piano Competition 2014 with audio-visual presentation of piano music performed in France, Switzerland, Russia and Serbia,

Božić is undoubtedly one of the most important composers of contemporary Serbian art music. His tonal archipelago follows tradition, at the same time surpassing it in many ways, shifting the fields of consonant and conventional treatment of the horizontal and consequently the vertical, implying all the creative relativity of the concepts both as consonant and dissonant. This principle of a slight shift of gravity from the consonant to the controlled dissonant field of sounding is especially discernible in his spiritual choral music.

In this regard, it’s worth sorting out 10 pieces of his choral works, which were performed at the Summer Spiritual Academy in the Studenica Monastery in period between 1992 and 2005: Liturgija Sv. Jovana Zlatoustog (first), Opelo, Svenoćno bdenije, Serbia (verses by M. Crnjanski), Plava grobnica (verses by M. Bojić), Vrata spasa (verses by R. P. Nogo), Svetosimeonovska duhovna pletenica (verses by Đ. Nikolić) with the Abrašević choir and conductor M. Pančić, then another Liturgija Sv. Jovana Zlatoustog (second), Praznično večernje, performed by the Serbian Chamber Choir and conductor Đ. Pavlović and Duhovna lira for a male choir (verses by vladika Nikolaj Velimirović) performed by the Serbian Male Choir.

It’s also worth noting that this choral corpus from Studenica includes the following choral works: Hilandarski palimpsest (R. P. Nogo) which honored the sixtieth anniversary of the RTB Choir and eight centuries of the Hilandar Monastery with the conductor Mladen Jagušt, as well as compositions in the Jutrenje cycle from Hercegovačka Gračanica made on the verses of Serbian eminent poets, winners of the special literature Jovan Dučić Award: Milosav Tešić, Miodrag Pavlović, Ljubomir Simović, Stevan Raičković, Matija Bećković, Slobodan Rakitić, Miroslav Maksimović, R. P. Nogo. In the opus of S. Božić there are as well, the compositions based on verses by old renowned writers such as Gavril Stefanović Venclović, Milorad Pavić, Momčilo Nastasijević, Jovan Dučić, Vasko Popa, Dejan Medaković and others.

In his comprehensive opus, the special place belongs to his opera Melancholic Dreams of Count Sava Vladislavić, which premiered on February 28th 2015, at the National Theater in Belgrade, conducted by Dj. Pavlović, conductor and directed by A. Nikolić, director, with the participation of the complete ensemble of the Opera and Ballet of the National Theater (soloist, mixed choir, ballet, symphony orchestra). Božić also composed a libretto for this work, based on sacral and secular-artistic texts, which most imaginatively expressed his creative path and intention (Sv. Jovan Zlatousti, J. Dučić, M. Nastasijević, M. Crnjanski, D. Medaković).

The layers of the archaic and the suggestive-new have been used with inspiration, neatly balanced in the range between fresh consonance and articulated dissonance, both in terms of harmonic means and melody, orchestration, arrangement and placement of energy spectrum, relevant for linear and vertical curves of musical-scenic works positioned in this way. With such a complex work, Božić once again shows that he is neither overburdened by the old nor the new, but that above all, he searches for the balance among those states that meaningfully tune up the whole experience as the subject of entering into the music harmony.

He has won numerous awards and accolades, including the Award of Vuk Karadzic Foundation, the October Award of the City of Belgrade, the Stefan Prvovenčani Charter, the Rača Charter, the Vuk Award, the Zlatni Beočug, the Belovodska Rozeta, ..... Also the award of the Association of Composers of Serbia – UKS (2 awards), Yugoslav Choir Festivities – YHS (5 awards), Mokranjčevi dani Awards in Negotin, Festival of spiritual music "Horovi medju freskama" in Belgrade, as well as accolades, letters of thanks and memorials of choirs he collaborated with, that performed the music of Mr. Božić interacting and supporting therefore their spiritual and cultural development: Prvo beogradsko pevačko društvo, Pevačka družina Branko, Niš, Jedinstvo, Banja Luka, Srpsko pjevačko društvo Trebinje...
His compositions have been published in numerous editions (so far 14 auctorial CDs, approx. 10 with several authors and DVD editions of auctorial concerts in the country and abroad). The latest edition of his piano music was published by the famous Parisian Publishing House NAXOS, available in 2012 (music inspired by Serbian monasteries Kalenić, Gračanica, Bogorodica Ljeviška, Sopoćani, Hilandar, Žiča, Studenica, Gornjak...).

"Svetislav Božić is a kind of socio-cultural analyst and national conceptionist, imaginative and meticulous at the same time ... Božić's orientation towards Byzantium is a natural state of a man towards his environment – people, nature, events. As a state of mind, conditioned by heritage and soil."

Lives and works in Belgrade.